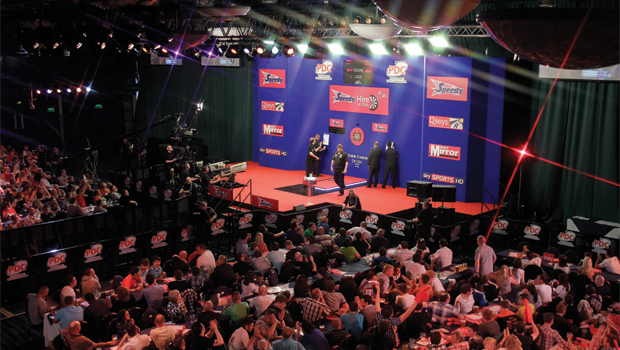 Fact – Only read about the possibility of qualifying for the Speedy Hire UK Open when he picked up his local paper – the Bristol Evening Post – the night before Speedy’s Bristol qualifying event.

Fact – Gary Anderson is his darting hero. Played county darts for Kent for four years, and for London last year.

Fact – Member of the Essex Super League and was a member of the PDC five years ago – once being screened on TV.

Best buddy in darts is Colin ‘Jaws’ Lloyd and would love to play him.

Fact – Had to borrow a set of darts from Speedy Hire to qualify, and is now trying to find them again for the Speedy Hire UK Open.

Fact – Plays in the West London Darts League but said throwing in the Speedy 15 darts challenge was the hardest format he has ever been involved in. Darting dream: To beat world champion Adrian Lewis.

Fact – Essex Super League, Essex County A player and one of the most impressive Speedy Hire qualifier out of the lot.

His 470 from 15 darts was the fourth highest overall.

Fact – Has not picked up a dart for six years, and retired from the regional scene 10 years ago.

Fact – Hasn’t played the game for six years and said: “It is unbelievable that somebody can walk off the street and into a Speedy Hire qualifier, and onto one of the biggest stages in the sport.’

His all time dream: To play Phil ‘The Power’ Taylor.

Fact – Said that qualifying from the Speedy Hire Stoke event was the most terrifying thing he has done in his life.

He finished on double one after about 30 darts at it.

Not played for 20 years.