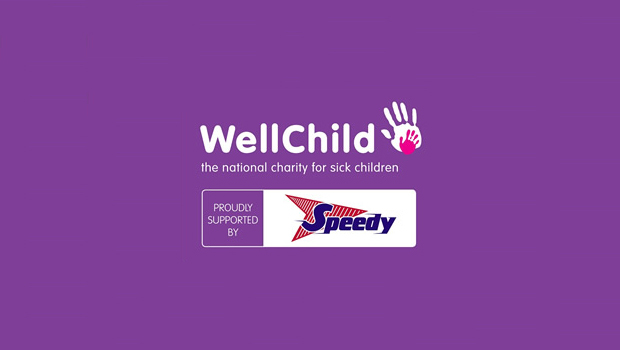 WellChild has an aptly named sponsor for its 2014 London Marathon team. The UK’s leading provider of rental equipment Speedy Services will be sponsoring the team as they race round the marathon course, with the firm having a team of ten runners taking part to raise money for seriously ill children.

The WellChild team will be known as ‘Team Speedy’ and the firm’s name will appear on the vests worn by WellChilds’160 strong team of runners. The sponsorship will enable WellChild to look after their runners before and after taking part in the event, and also pay for running vests and the after race reception for runners and their families.

Speedy staff will also be volunteering for WellChild at the London Marathon Expo which takes place in the run up to the event and will be out in force on the streets of the capital on marathon day, April 13th 2014, helping cheer WellChild runners around the course.

As well as providing rental equipment, Speedy deliver a host of support services to a wide range of businesses across the infrastructure, industrial, and construction industries as well as to local trades and industry.

WellChild Challenge event manager Steve Williams said: “We are delighted to have the support of Speedy for next year’s marathon. They are the ideal partner for us, not just because their name is so suitable but because of the energy and enthusiasm they bring to the task of supporting our work with seriously ill children and their families across the UK.”

Simon Richards, Executive Support Director from Speedy said: “Wellchild is one of our adopted UK charities and our people at Speedy have been involved in a lot of Wellchild projects over the past couple of years. We’re really looking forward to supporting the team at the London Marathon and hope to raise a lot of money for such a worthwhile cause”

WellChild provides essential and practical support to ensure that the increasing number of seriously ill children and young people in the UK have the best possible quality of care. The charity’s team of WellChild Children's Nurses, including one based at Alder Hey Hospital in Liverpool, work with families to ensure that children with complex care needs can leave hospital and return home. Through its Helping Hands scheme, WellChild enlists the support of volunteers to tackle practical projects in the homes of seriously ill children. In addition, the charity has invested more than £20 million in ground-breaking children's health research projects.