Top eight amateurs from the South qualify for UK Open! 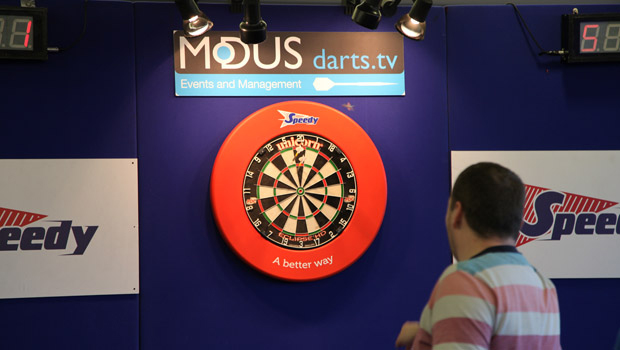 The lucky eight triumphed over hundreds of other hopefuls at Alexandra Palace during the final of Speedy’s four qualifying events for the prestigious UK Open in Bolton in June.

The eight qualifying players faced stiff competition from former World Champion Keith Deller and his son Matt, who both failed to secure high enough scores in the 15 dart challenge on the night to put them in the top 16.

John Mortimer from Witham in Essex, Steven Mead from Croydon, Michael Burgoine from Shortstown in Bedfordshire, Darrell Townsend from Swindon and Maik Langendorf who travelled all the way from Germany, all qualified and can now look forward to an appearance at the FA Cup of Darts at the Reebok Stadium on June 6.

Conan Whitehead , Terry Dunford and Scott Marsh, all from Kent, were the other players to progress.

The Alexandra Palace qualifier follows events at Hampden Park in Scotland and Old Trafford in Manchester and Wolverhampton Civic Hall, all organised by Speedy, the UK’s leading provider of equipment rental and support services.

Speedy’s communications manager, Sian English, said: “The talent on display at Alexandra Palace blew us away.