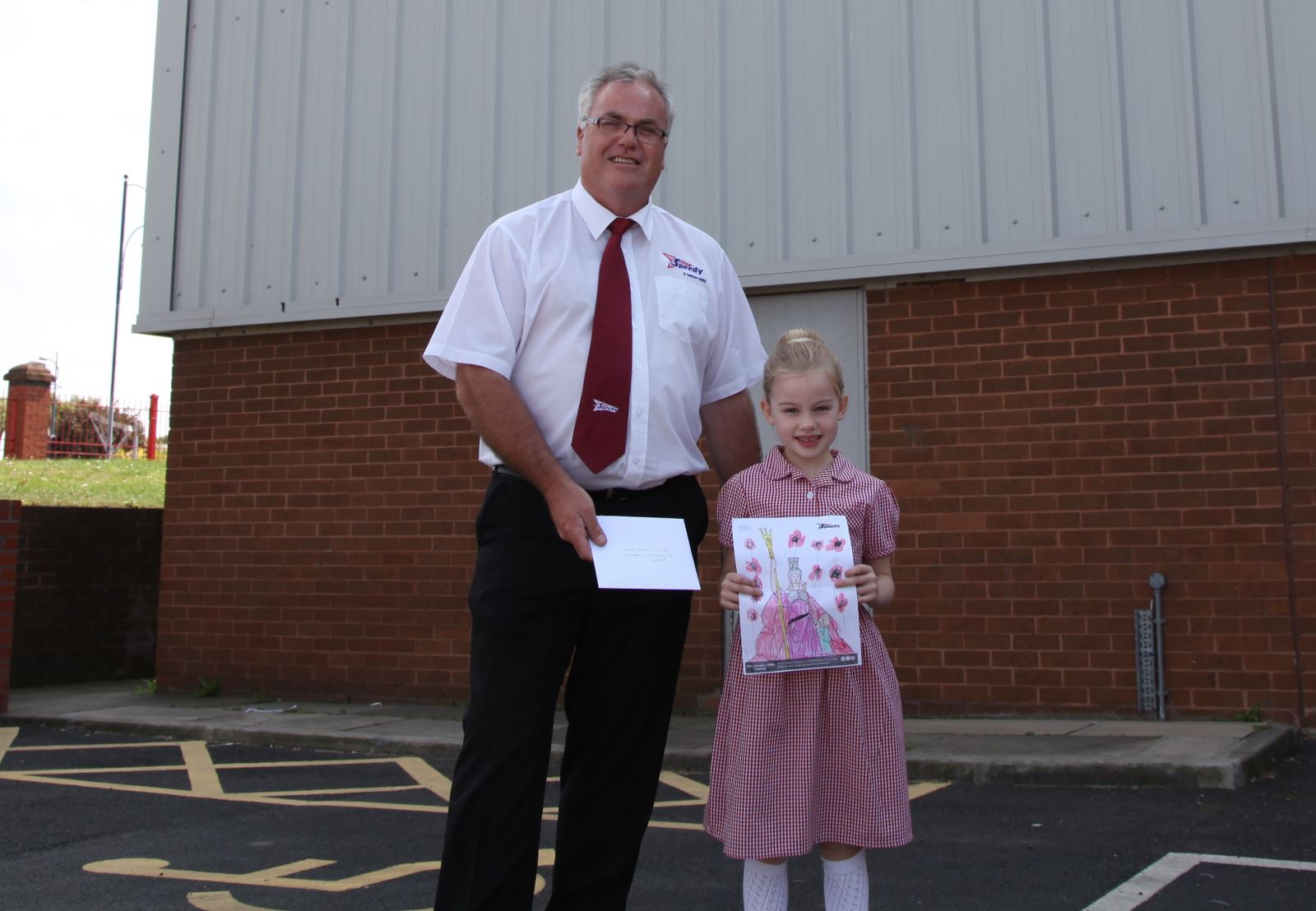 A six-year-old girl from Huyton has been voted ‘top drawer’ by Speedy, after being crowned the winner of a World War One (WW1) inspired colouring competition.

Kate O’Neill, a pupil at Huyton with Roby C.E. Primary School, was presented with book vouchers for herself and her classmates by Allan Jones, manager at the Speedy Liverpool superstore.

To celebrate being an official partner for the giant spectacular Memories of August 1914 and to commemorate the centenary of the First World War, Speedy worked with Liverpool City Council’s Community Participation team and together, called on schools in Merseyside to get creative and enter its WW1 themed art competition.

Pupils aged between five and seven were invited to colour in the iconic Liverpool Exchange Newsroom War Memorial 1914-1919, which is situated in the city’s Exchange Buildings, and was the first WW1 memorial to be unveiled in Britain.

Judges from Speedy and Liverpool City Council unanimously hailed Kate the winner for her bright and colourful design, which was also decorated with poppies in keeping with the WW1 theme.

Kate said: “I’m really proud of myself for winning and so is my family. I loved seeing the Liverpool Giants at the weekend and I hope the Little Girl giant visits again!”

Allan Jones, manager at the Speedy Liverpool Superstore, which is located at Sandhills Business Park, said: “I was really impressed with how well all the children grasped the WW1 concept with their designs. It was very hard picking a winner but Kate showed excellent creativity and the poppies added a really nice touch.

“One and a half million people visited the city for the Giant Spectacular and we were honoured to support such an iconic event. As Memories of August 1914 is a commemoration of a turning point in world history, we thought the competition would be a fitting way to engage with local schools.”

Speedy has extensive experience in providing support services for large scale operations and provided a wide range of equipment including more than 5,000 crowd control barriers and 27 generators, which powered certain elements of the event.