The Bennetts British Superbike Championship (BSB) is widely acknowledged as the UK’s leading road racing Superbike Championship and one of the premier domestic  Superbike racing series in the world. The Championship is managed and organised by MotorSport Vision Racing (MSVR), a subsidiary of MotorSport Vision (MSV), which owns several of the leading motor racing circuits in the UK including Brands Hatch and Oulton Park. Managing the BSB event is a major undertaking. The Championship runs from May until October and comprises eleven rounds, taking in circuits from Knockhill in Scotland to Thruxton, near Andover in Hampshire. MSVR has an ongoing need for temporary power and communications to support each race.

In line with this, MSVR sought out the services of a hire provider capable of providing the full range of equipment it was looking for, and one it could trust implicitly to deliver on time, every time. After careful consideration, it decided that Speedy, one of the UK’s leading hire providers, fitted the bill. MSVR therefore approached Speedy about a contract offer, in which Speedy would supply power and communications equipment to BSB in return for a sponsorship deal.

Speedy accepted and now supplies a range of hire solutions to support each race in the series. These include diesel generators, ranging in size from 20kVA right up to 250kVA, and complementary electrical distribution systems that enable the race teams to direct the power to where it is needed most. In addition to this, Speedy also supplies a wide range of radio communication sets, headsets and assorted accessories to help drive enhanced interaction between race team members as well as across the teams of marshals, stewards and the MSVR operational team.

Typically, Speedy deploys a package of equipment to each race. The equipment is despatched with a team of engineers to the track several days prior to the race weekend. The engineers then carry out a full installation of the temporary communications systems and of the power package on site. The latter capability allows MSVR to deliver  supplementary power to the pit lane and to support race timing but also more widely to service the spectators and the campsites associated with the event, and to provide hospitality for all the race teams.

Stuart Higgs, Series Director MotorSport Vision Racing, says: “We are delighted with the service that Speedy provides us with. They offer a complete turnkey solution and they always do what they say they are going to do. We have total confidence that all the equipment will turn up on time and that it will be fully installed and decommissioned on the agreed dates. All the competing teams can have complete certainty that when they turn up to race everything will be where it needs to be, and they will have electricity whenever they need it.“

Looking to the future In the period since Speedy became involved with BSB, the race series has evolved significantly. The British Superbike Championship is now believed to be the most widely watched motorsport series in the UK.

“We are very proud to be supporting the British Superbike Championship. It is already a hugely successful series, but it has great potential to grow further in the future both in terms of spectator and team numbers. We are focused on helping support that growth for BSB and MSVR through the service we offer them.

We have a regular meeting at the end of each season, where we discuss how the series has gone and any issues we need to be aware of – and then start planning for next year. Wherever possible we try to future proof our package. We want to ensure that the power and communications we are offering matches MSVR’s future ambitions for the Championship and enables them to continue growing organically.” Nick White, Sales Director, Power, Speedy.

Today, the relationship between Speedy and MSVR has evolved to the point where, having started with a small deal to supply equipment in lieu of sponsorship, Speedy, has now become a preferred equipment provider to MSVR - primarily for all temporary power generation and communications equipment – for the entire Championship. The two companies have a great working relationship already – and it looks set to continue long into the future. 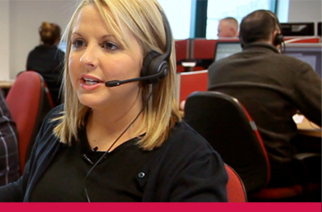 More Details about how you can get in touch