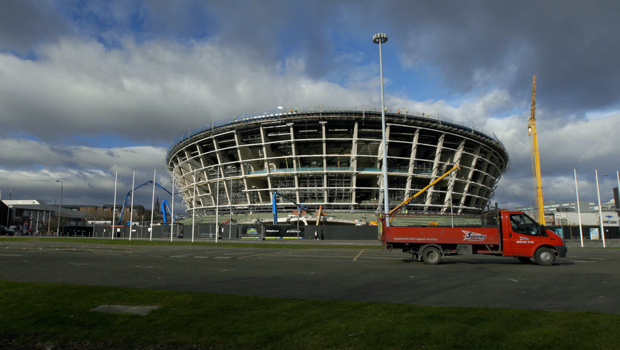 Speedy Hire Plc, the UK’s largest provider of tools and equipment for hire and associated services, with a growing presence supporting its customers in the Middle East, is today releasing a trading update in advance of the publication of its preliminary results for the year ended 31 March 2013, on 15 May 2013.

The Board’s strategy remains focused on generating high quality, secure, long-term and transparent earnings across the Group. During the financial year ended 31 March 2013, Speedy strengthened its position as the market leader in rental services for large volume users and notably secured significant new contract wins with National Grid, in the UK, and ZADCO, in the Middle East. In addition to the quality and visibility of the revenue secured, the new contracts involve the provision of end-to-end managed services as opposed to purely transactional volume hire.

Within the UK market environment, which remains challenging, the Group has continued to target specific sectors and customers that generate profitable work at attractive margins for the Group, as opposed to solely pursuing top line growth. Coupled with a sustained focus on self-help measures, further progress has been made in reconfiguring the depot network and improvements in operational efficiency. As such, we expect to report PBT marginally ahead of the Board’s previous expectations for the year ended 31 March 2013.

Speedy’s continued investment in its fleet has allowed it to support major customers in important long-term contracts that deliver visible revenues whilst maintaining its position as the market leader in terms of the quality and breadth of its product offering.

Net investment in hire fleet during the year was approximately £39m which has continued to be funded through cash generation and a disciplined approach to working capital. Net debt at 31 March 2013 was £72.4m (31 March 2012: £76.3m).

Although we retain an element of caution regarding likely market conditions in the financial year to 31 March 2014, the Board remains confident of the Group making further progress and being well placed to take advantage of improvements in trading conditions as and when they arise.